Brian McNoldy — About Me 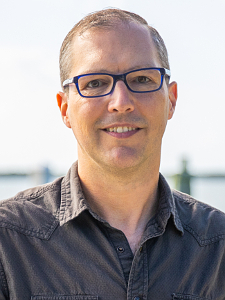 Brian was born and raised in Reading, PA, and has had a general interest in science since childhood. His passion for weather was sparked at age 7 by the big Nor’easter snowstorm of February 1983, and then further piqued by Hurricane Gloria in September 1985.

He held an internship at NASA Goddard in Greenbelt, MD in the summer of 1997, earned his B.A. in physics and astronomy from Lycoming College in Williamsport, PA in 1998, then went on to graduate school where he completed his M.S. in atmospheric science at Colorado State University (CSU) in Fort Collins, CO in 2001. He spent the next ten years working at CSU’s Department of Atmospheric Science conducting research on a variety of topics, specializing in tropical cyclones.

Brian has maintained a blog on tropical Atlantic activity since 1996, then was selected as one of four hurricane experts for a New York Times blog from 2007-2010, and has been the tropical weather expert for the Washington Post's Capital Weather Gang blog since 2012.

In January 2012, Brian took a position as a Senior Research Associate at the University of Miami’s Rosenstiel School of Marine, Atmospheric, and Earth Science to continue his career in tropical cyclone research.