ONI is a standard metric used to define the phase of the El Niño Southern Oscillation (ENSO).
It is a measure of how anomalously warm or cool the central-to-eastern equatorial Pacific Ocean is compared to "normal", smoothed out across multiple months to reduce noise and spikes. This simple index is used to identify the phase of ENSO which has significant teleconnections all around the globe.
Using the NOAA Climate Prediction Center methodology:

The monthly 30-year climatological values are updated every five years and are used to calculate the anomalies, which in turn are used to calculate the Oceanic Niño Index (ONI). The updating of the base periods is done to remove the observed warming trend in the Niño 3.4 region (see Climate Watch article). Since El Niño and La Niña are defined as departures from "normal", the normal has to be representative of the current climate if they are to mean anything. If the 1856-1885 base period were still used, we would literally be in a perpetual El Niño! 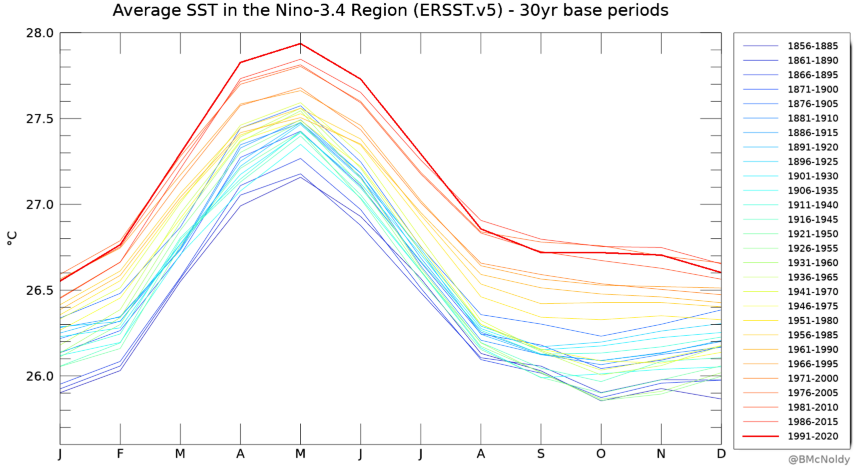